“I can ssseee the future, you know. I just had to quit looking at the wrong one.” — Xamar 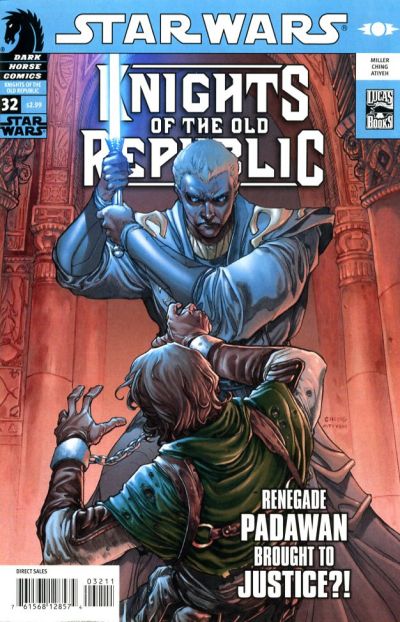 The long-awaited confrontation begins — and a hidden menace emerges in this issue full of surprises!

And “Vindication” begins — and we get another interpretation of what “vindication” might mean.

You always want to be careful crafting situations that might have potential parallels in real-life history, if only because those historical events may not say what you intended your story to say. Once I knew that the Covenant compound would wind up under siege, I looked for ways to make sure no one immediately said, “Oh, this is Waco” or some other situation where the powers that be came after a particular group.

You can’t avoid every comparison — just consider all that words like “compound” suggest — but I had a number of other things going on that made it very different indeed. The Covenant’s counterattack, alone, is a pretty huge difference.

Coincidentally, this issue recalled a different historical analogy that I myself had mentioned in a note after the initial series pitch. In describing the Covenant Jedi and how they had overstepped their authority, I observed that some might say this was, in a weird way, the Jedi Order’s Watergate. Now, I realize that few born after the 1960s have much idea what Watergate was — and that many of those who do know about it probably have a definite opinion on what it meant, on one side or the other of the political divide. Understanding that, I think it can neutrally be said to have involved a case in which those associated with the establishment acted in what they saw as the establishment’s defense — but outside the bounds of what was legal.

Our Covenant does that — although, of course, it goes far beyond the realm of our Earthly political scandal both in its scope and actions. But in any good scandal, you’ve got a whistleblower — and we find ours, at last, here. (A couple of people have asked whether Xamar was this scandal’s “Deep Throat,” following the Watergate example; at the risk of taking a tortured analogy further, he’s probably closer to John Dean, who was further inside the conspiracy when he testified.)

Xamar’s internal struggle also gave us a chance to play with the expectations generated by the initial prophecy. Our longtime readers by #31 knew what supposedly awaited him; and we filled newer readers in about that in #30. The head-fake in that direction in “Turnabout” is the true “turnabout” in that issue — but, as we see here, the future can be kind of insistent sometimes.

Given Xamar’s role in this issue, I should say something about a challenge peculiar to scripting him. People like to see funky speech patterns reflected in dialogue, but I have to admit I set myself up a challenge with Xamar in the beginning. Khil have a sibilant sing-song speech pattern, which I decided to reflect by tripling his “s” sounds. Not all of them — generally not plurals, and never sound-alikes like the soft “c” — but enough to remind readers that it was there, and that we remembered it.

As he had more and more lines, however, I realized how many darn S’s there are in the language! (Explaining the puny Ssscrable ssscore, natch.) And in proofreading scripts, I found myself red-lining more and more of the places where he should have tripled up — just because it got burdensome and distracting. It’s OK for him to do it once in a sentence, but too often and it gets hard to read.

So one of the tricks I used was to reword him — and the close reader may be able to see just how often I used the trick. Go in and follow his dialogue: He has plenty of lines like “I do not know — I am no longer competent to decide. But I will no longer let Lucien Draay decide.” Definitely something missing there — and the dialogue doesn’t suffer for it. (And it was a lot easier to do than that guy who wrote the entire novel without the letter “E”!)

Finally, this issue saw the return of Brian Ching to interior art — meaning that almost everyone involved with #1 was present here. For “Vindication,” that seems appropriate.

Having been mentioned before in #9, Vodo Siosk-Baas makes his first appearance in the series — as a statue, natch!

“My life for hers.” Somehow reading that I hear an insane Matt Frewer driving into Las Vegas with a nuclear bomb…

I thought it was really cool that Brian made it autumn in the compound’s garden. I assume if the Draays could buy their own sky, they could probably get Coruscant to turn on some seasons…

Note that the faux Muur Talisman had to be slightly larger than the real item to hold the lightsaber. The Covenant itself did not know what specific size it would be, only having seen images of it. We assume that the Jedi Order had some record of it as well, providing the quick fabrication of it used here.

One of the very helpful things about coming out of “Vector” was how it provided a number of elements that smoothed the passage into “Vindication.” Zayne’s parting with Celeste gives us his reason for agreeing to the gambit — and for sticking it out when it begins to go wrong. What we have seen about what the Talisman can do when severed from its host gives us the ploy we need to keep Zayne alive through the initial meeting. And it makes the fears of the First Circle that much easier to understand.

“It came from above.” Again, I don’t consciously do Star Wars movie lines, but sometimes they just work out that way…

Note that the accoutrements Haazen dons by story’s end come from the box delivered from his study; it’s in the background, but it’s there.

I love the effects Brian drew for the end of the issue. Of course, you would never know in real-time whether a blast had come from above or nearby — we do see some blasts taking some time to reach their targets in the movies, but this is relatively close range.

To me, Haazen’s regalia recalls a little of the Asgardian attire from old-school Thor. You wonder how they get through doorways in those books!

We had our choice of clilffhangers here — the moment earlier in the issue in which Zayne’s ruse is discovered would have been a strong one, but with him already appearing on the cover of #34, that suspense wouldn’t have lasted long. As it is, I’m very pleased with the break we chose. 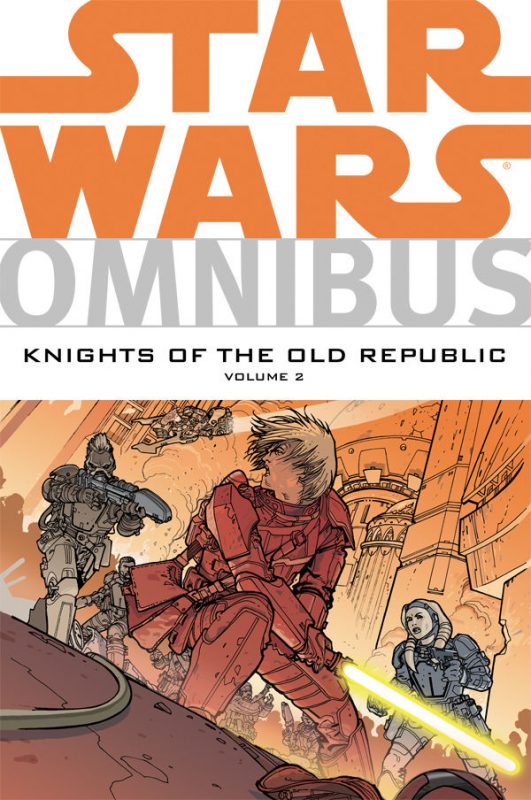 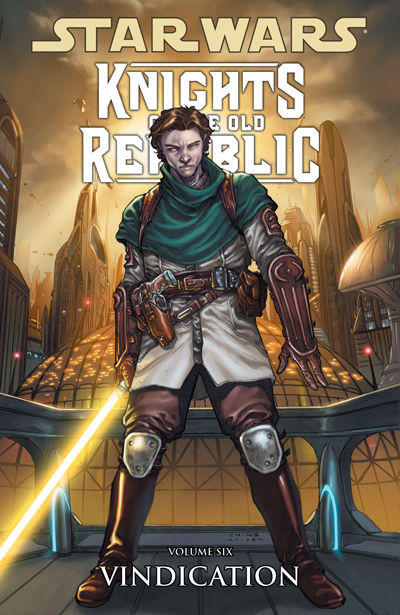 Fugitive Padawan Zayne Carrick's quest to clear his name is finally concluded in this huge, novel-length volume! Zayne and his con-artist companion Gryph commit to exposing the dark actions of the secret Jedi Covenant. Doing so takes them not only to the homeworld of one of Zayne's murdering Masters, but into the most highly guarded place on the planet - a storehouse of Sith artifacts! But his days as a renegade won't end there! Zayne's search for justice will continue to Coruscant, where he'll confront his Master, Lucien Draay, and the members of the Jedi Covenant in a showdown that will end his days as a fugitive - one way, or another!