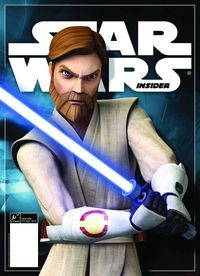 novel, but first, there’s news in Star Wars Insider #124 on the next Knight Errant comics series. You’ll have to pick it up to find out more, but as the name is in circulation, I can say you’ll be hearing more about Deluge in the near future.

Now, following the posting of the Knight Errant novel notes earlier this week — and preparatory to my getting notes online for the final “Aflame” issue and some other things — I have the first batch of answers to reader questions below. As it turns out, I am not able to hide text under a jump on my current blog template, so I caution readers who have not read the novel not to go further without considering a Spoiler Warning attached. (Even so, in a couple of places I have reworded questions to protect the names of the guilty Sith.)

Todd Selby asks: “Hey John, I loved the book and am enjoying the comics, as well as your eBook series. One question I have is whether or not Kerra will travel beyond the Grumani sector? There’s a lot of story potential in the outer rim where tons of Sith roam unchecked.”

There’s a lot of potential stories built into the sector map already — but I can say that we will get a sense of what’s going on elsewhere in the comics ahead.

Keith “Nar” Kappel asks: “Is there any chance we’ll get an Essential Atlas

-style update for Sith Space with the various Sith Lord sectors for the Knight Errant era? With all the different Sith Lords and planets you are creating, each with their own territory, it’d be nice to help follow the action.”

Anything’s possible, The trick with this is that, as readers have already found with the “starter map” mentioned above, the territories keep changing. The map of what things really looked like at the start of the novel differs from what they look like at the end of the novel — and if that pattern continues in the upcoming comics, we’d need more than one update!

Joshua Wilson asks: “Is the title ‘Darth’ not used during this era? I haven’t read the Darth Bane

books in a while, but obviously Bane uses it. Was he the one to bring that into exclusive use along with the Rule of Two? If not, did some Sith lords use it while others did not, for some reason?”

I can only say that I have not used it, at least so far; this does not speak to whether it is or isn’t in use elsewhere in this time.

As a practical matter, while some of the names (like Daiman and Odion) do have a nice ring with the title, we had a pretty large slate of Sith to deal with, and if some Lords were using aliases for Darths and others, not, things could get complicated pretty quickly. Again, that doesn’t say that’s the in-universe reason the characters aren’t using it, or that we won’t see someone who does. I just had plenty of names to juggle as it was!

Basilews asks: “Kerra says that since Chelloa she brought 63,000 refugees to the frontier. Did she mean those Chelloan miners? Or some other people, which means the novel isn’t a direct continuation of the first comic arc? If so, what was Kerra doing between these stories?”

She’s including the Chelloans in her accounting — she really means “since leaving Chelloa,” so they would be a part of that. We also know she was in action on Nilash, although there may have been more stops we haven’t seen. The novel is a continuation of the story from the comics, but there are some weeks in there that she describes, during which she was making her way to Darkknell.

Karl asks: “My question is about the Dyarchy. How long was Quillan controlling Dromika for? Did she once have a distinct personality, or was it Quillan using her as a vessel, so to speak?

The novel suggests that he had been using her as his connection to the outside universe for a very long time: the simple request for food indicates that very early on, this was how they were getting their basic needs met. The nanny droids take care of a lot, but when they need something else, that requires the manipulation of an organic mind — and only she could do that. I won’t speculate on whether that stretched all the way back to the nursery, but it had been going on for a long time, and as you might expect, there would have been a severe impact on Dromika’s psychological development.

Hirogen Hunter asked: “Where does the idea of a crystalline flagship comes from? Are all Arkadianate ships like that? Do these ships have shields or class designations?”

Arkadia’s vessels, including the New Crucible, were imagined to tie in thematically to her overall ice-kingdom visual. We’ve seen crystalline structures in ships from other milieus, but I would expect that, while a different configuration, they’d still have a look that felt like Star Wars ships. We haven’t seen her ships depicted by an artist yet, of course.

Jim Haley asked: “While reading about the Sith twins in the Dyarchy, I was curious if the thought came to you that perhaps this is what could have happened to Luke and Leia if they had been found by Sidious — it seemed a very interesting/different take on what the power of Force-wielding twins could mean.”

I don’t know that I thought of Luke and Leia specifically, but clearly, I was very interested in the idea of a caretaker exploiting the Force talents of his charges. I was also pretty sure that was a situation that could go very wrong for the caretaker as well — resulting in what we see happening to Calician.

I brought this question into my notes for the issue. Rusher said that he had adopted his force’s ranks from an ancient time — and here, he was referring specifically to the Mandalorian Wars-era ranks outlined in the Knights of the Old Republic Campaign Guide. Brigadiers led brigades, which were defined as four to nine battalions plus a headquarters unit — overall force ranging in size from 1,000 to 5,000 beings; majors led the battalions.

“Master” in Dackett’s case was a shortening of the Shipmaster term from that era, being the highest-ranking naval non-commissioned officer aboard a vessel. This underlines the degree to which Rusher was just making things up on the fly, as Kerra said, mixing his services in arriving at his ranks — but it’s safe to say that Dackett was the #2 ranked person in Diligence.

Robert Messing asks: “Who’s your favorite character to write in Knight Errant? It’s just such a huge cast of memorable characters… I imagine it’s probably hard to pick one favorite!”

Jarrow Rusher was probably the most fun to write in the novel — he has his moods, but generally, it was easy to climb into his thoughts and his world. And then, generally, Daiman and Odion are a blast to write — they can be so over-the-top it’s fun to show how that plays out in the world around them.

Loren Bickford asks: “Have you read many of the Star Wars novels, and if so, did any in particular inspire you to create the never-before-seen era of Knight Errant?”

, Loren — I have most of the novels in one of the bookcases here in my office. (I have the comics, games, and other sourcebooks in the other.) As to specific inspirations, I did study up on the Bane novels and, obviously, Jedi Vs. Sith, in figuring out what the future looked like; I worked backward from there.

Darth Cronos asks: “Are there any other Sith lords out there that have the rank and power that [the mystery figure] has, or is she the only one really pulling all the strings?”

We’ve only seen who we’ve seen. Arkadia tells us that the people involved aren’t a majority of the Sith Lords in the area by any stretch, so there could well be alternate power bases we don’t know about.

That’s it for this batch, folks — more to come later. While the contest that’s mentioned is done, you can still post questions over on the question thread.

Novel copies are now on sale at all booksellers and at the following links:

• Barnes and Noble • Borders • Things From Another World
Post Views: 78